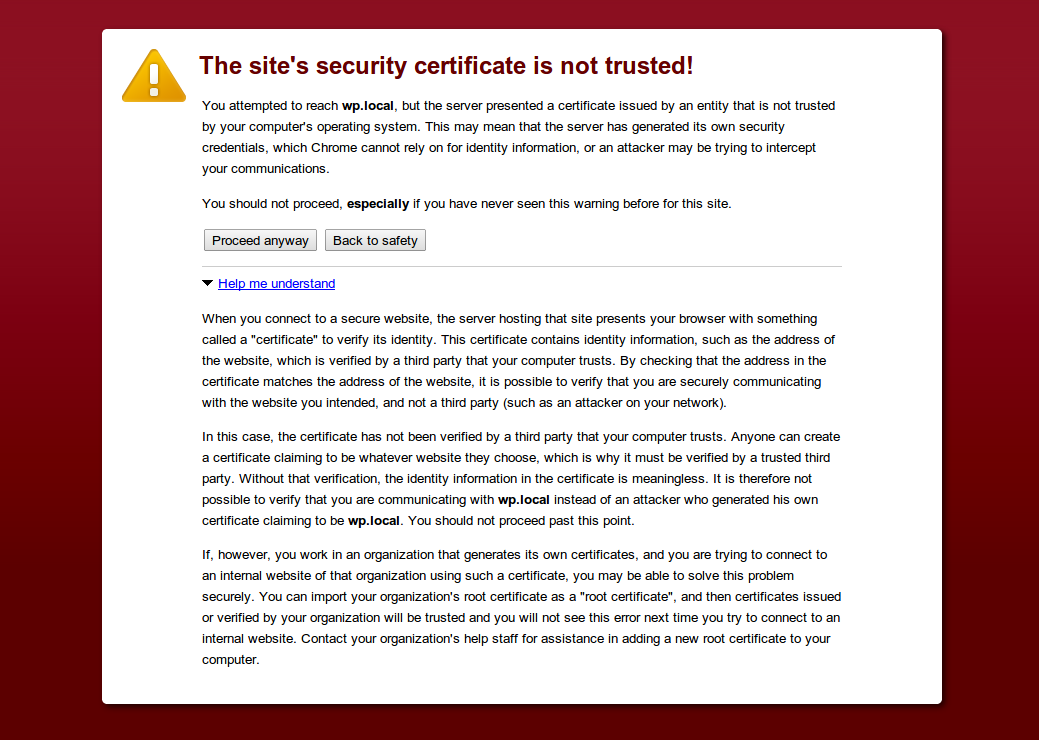 SSL (Secure Sockets Layer - the level of secure sockets) is a cryptographic protocol. It was designed to encrypt data when exchanging information between network devices. SSL was originally developed by Netscape Communications to add HTTPS to its Netscape Navigator web browser. Subsequentl based on the SSL 3.0 protocol the RFC standard was developed and adopted which received the name TLS.

More materials are available in wikipedia article. I will not go into all the details but I will describe its application to websites as simply as possible.

So the most frequent use of the SSL protocol led to the formation of the HTTPS (Hypertext Transfer Protocol Secure) protocol which supports encryption. Data that is transmitted over the HTTPS protocol is “packaged” in the SSL or TLS cryptographic protocol thereby ensuring the protection of this data. This method of protection is widely used in the Web world for applications where connection security is important such as payment systems. HTTPS uses TCP port 443 by default.

When considering an ssl connection you need to understand what a private or server key or server private key is, a certificate signing request or , a public key, a Security Certificate, a cipher or encryption algorithm and a certificate authority.

Private or server key - the beginning of the life of any certificate. This is a text file that contains a set of incomprehensible characters resembling abracadabra. This abracadabra is the key on the basis of which the outgoing data is encrypted and the incoming data is decrypted on the server side. Based on this key file a certificate signing request or CSR is generated.

Certificate Signing Request or CSR is the same encoded gibberish as the key. This abracadabra is generated based on the server key and contains information that will be included in the certificate. This is is the information about your organization (organization name), the name of the web site where the certificate will be installed (common name), organizational unit, location or city (locality) and country (country). All these questions are asked by the generator at the stage of creating a request. It also contains the public key, which will also be included in the certificate.

Certification Authority or Certification Authority - a party (department, organization) whose honesty is undeniable and the public key is widely known. The task of the certification authority is to authenticate encryption keys using electronic signature certificates. In other words this is an organisation trusted by all browsers. It is a place whereyou send your CSR in order for your site to be checked for authenticity, ownership by you and for some money, based on your key and your CSR, they provide you a security certificate.

Security certificate - is an encrypted file that contains information about your organization, website and everything that was specified during the CSR generation stage. Also a genuine security certificate contains the signature of the Certification Authority that it was checked and confirmed that you are who you are, your website is what it declares to be and you can be friends with it. If such a certificate is attached to the site when accessing it over the https protocol the beginning of the address bar will turn into a pleasant green and the browser will consider such a connection safe and very positive in all respects.

It is necessary to mention the self-signed certificate - this is the same security certificate as the previous one with one important disadvantage: it does not contain a digital signature of the certification authority. Usually, when accessing such sites the screen turns red and the browser strongly recommends that you refuse to establish a secure connection to the server.

What happens when we make a request to the server using https instead of http?

This completes the handshake and begins a secure connection which is encrypted and decrypted using key data.

The advantages of using secure ssl connections are the following:

It is clear that the main advantage is the first point.

The disadvantages of using ssl include:

You May Also Enjoy

This note can be usefull for those of you who needs to hav EC2 instance running during the certain period of time during the day and awoid spending money whe...

Find neighbors of the matrix element at the given position

I force myself to learn something but before learning something new I need to memorize what I knew before. So I take python labs at exercism.org.